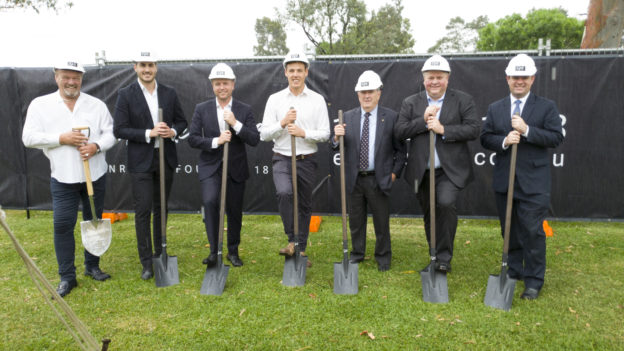 The $500 million development next to Penrith Panthers also announced the appointment of local builder Astina Group. With stage one of the project already 77 per cent sold, the development is outperforming all other projects in western Sydney and broader Sydney, according to agents, Colliers International and PRD Penrith. “ESQ’s sales success is a result of the strong Penrith community support for the project, with locals drawn to its lifestyle offering and vibrant urban village setting,” CABE CEO Andrew James said. “It has appealed to all buyers from downsizers, to investors and first home buyers who understand the uniqueness of the site and its offering with running tracks, lakeside dining, wine bars, entertainment, high quality apartments and landscaped areas that would cover 10 football fields.”

A record apartment price for Penrith of $950,000 was achieved with the sale of a penthouse style, three bedroom apartment. Director of Residential Project Marketing of Colliers International, Blake Schultze said most purchasers have come from the local Penrith area or the Blue Mountains. “Buyers have been motivated to snap up an apartment as they understand the strong growth potential of Penrith and the western Sydney economy,” he said.

The appointment of Astina Group is great news for the local economy with the full amount of Penrith’s trusted tradespeople employed to complete the development. “As we are family owned, operated and residing in Penrith, being part of such a major project for not only Penrith but western Sydney means a lot to us,” Co-founder of Astina Group, William Schrumpf said. “We’re proud to be a part of delivering a new lifestyle for our growing community and look forward to exceeding their expectations.”